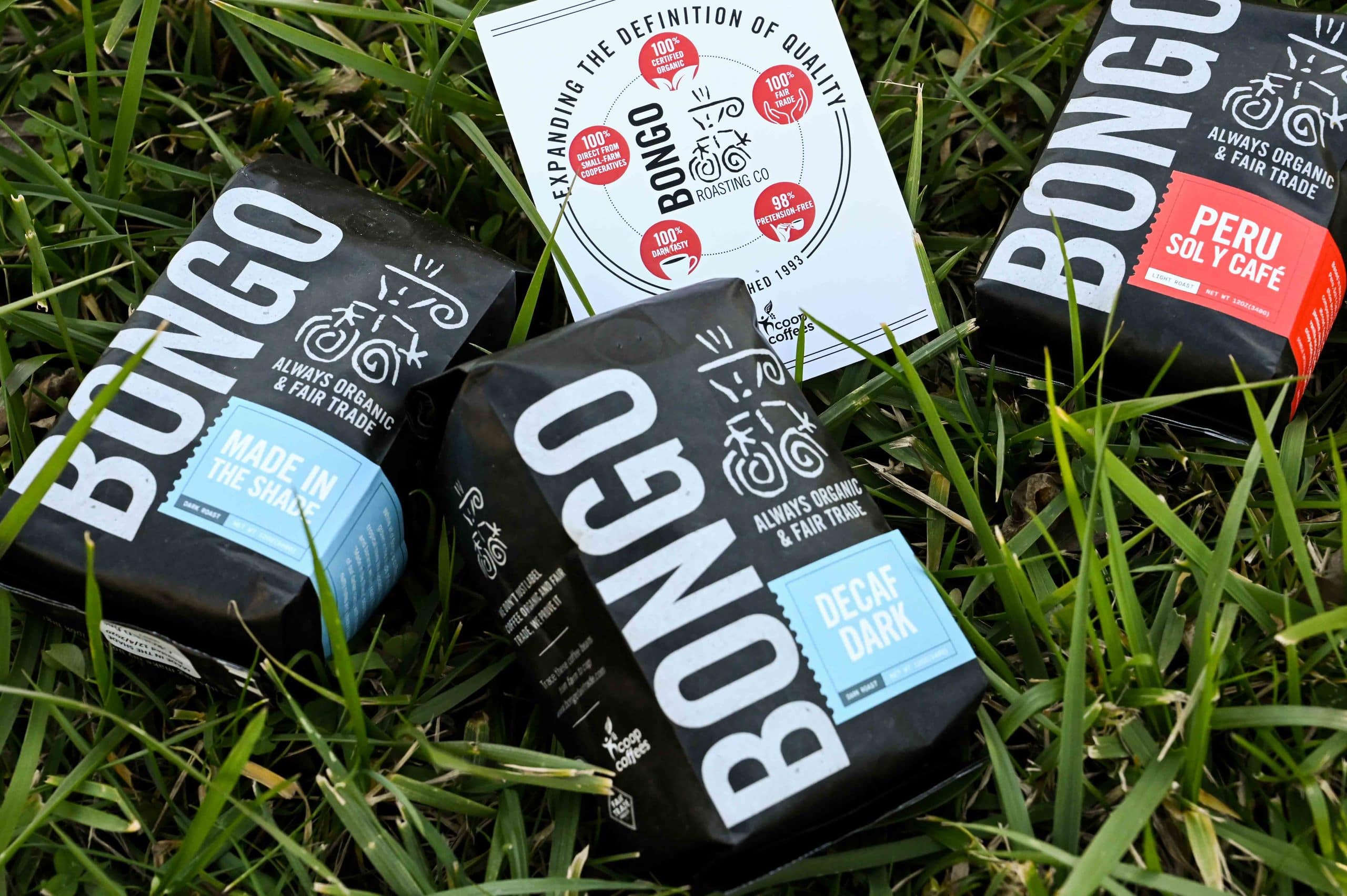 In 1993, Bob Bernstein launched Bongo Java (aka “Bongo”) to serve a personal need he identified shortly after moving to Nashville – a coffee shop where you could work or read for hours.  But it wasn’t long before he began incorporating other practices that made him a Nashville icon and one of our nation’s leading organic fair trade coffee roasters.

While organic fair trade coffee companies  are now pervasive throughout the industry, back in 1993 sustainability and fair trade were basically ignored. In fact, many felt that “organic coffee” was another term for “inferior coffee”. However, pioneering shops and roasters like Bongo felt it was important to support these fledgling sustainable practices. And in time, these businesses helped spur the entire industry to take organic coffee, then fair trade coffee roasters, and eventually direct sourcing, seriously.

From the beginning, Bongo believed so strongly in sustainability, it crafted its mission statement to read “We strengthen communities by expanding the definition of quality to include factors of how coffee is produced, purchased and promoted to the important issue of taste.”  In 1999, Bongo deepened its commitment to this mission by committing to only buy organic and fair trade coffee directly from small-scale farmer co-ops.

These and other equally aspirational standards have contributed to Bongo’s success, including its growth to five cafes and two wholesale businesses.  While we love hanging out at Bob’s coffee shops and the taste of his many brews, we were curious. What is fair trade organic coffee? 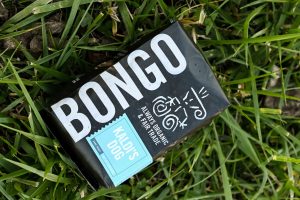 What is fair trade coffee?

Most discussions about fair trade start and end with the price paid to the grower. Yet, fair trade is a much broader set of principles that attempt to level the playing field between trading partners. Coffee-growing communities are among the poorest communities in the world. Thus, the aspect of fair trade that seeks to pay farmers a livable wage for their goods is very important. As a result, Bongo and six other enthusiastic, conscious coffee companies launched Cooperative “Co-Op” Coffees. Cooperative Coffees, which is now 20+ members strong, pays more than established fair trade minimums. However, they also do much more.

The “much more” began with Bob and other Co-Op members visiting small-scale coffee farms throughout Central America and around the world. These visits help establish and maintain long-term relationships with like-minded, similarly organized farmer groups from the remote destinations where the best organic shade grown coffee is grown and harvested.

The visits include honest discussions about trade, direct trade agreements, and they’ve resulted in Bob and the Bongo team’s increased commitment to only buying beans grown by these farmers. To clarify, Bongo and Cooperative Coffees view direct trade with the farmers as an avenue to provide farmers more money to support their families, not a way to save money on the coffee beans they purchase from them.

In an attempt to be beyond fair, these Co-Op Coffee organic fair trade roasters and coffee sellers may change contract terms when commodity prices, or other impossible to control issues, change drastically. They’ve also paid for coffee they never got due to crop disease; and helped fund health care, education, social services and other critical needs in the communities where their farmer partners live.

In 2001, Bob and the Cooperative Coffee team bought the United States’ first container (40,000 lbs) of organic fair trade coffee from Ethiopia. In addition to benefiting coffee farmers across the globe, roasting company staffers return from trips to growing countries with an increased appreciation for, and commitment to, what they do.

What is organic coffee?

Similar to other organic products, USDA organically grown coffee is free of pesticides, herbicides, fungicides, and harmful fertilizers. What may not be as widely known is that conventionally grown coffee is one of the most heavily treated crops in the world.

Additionally and most unfortunately, coffee farmers incur most of the negative side effects associated with these poisons, mainly because they cannot afford the protective materials to shield themselves from the chemicals.  Beyond protecting these vulnerable farmers, organic coffee also protects us the consumers and ecosystem used to grow it.

Organic coffee has also proven to be a more resilient crop for farmers as the climate changes. This makes coffee less susceptible to disease and producing greater yields. Organic coffee fields also help store carbon and cool the planet. Right now Cooperative Coffee is leading the way to paying producers more per pound for the amount of carbon they store in the land. 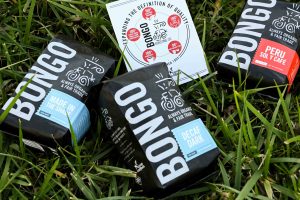 Bongo Java: a company beyond organic and fair trade

“Bongo” Bob Bernstein, a former campaign organizer and political reporter, knew very little about coffee when he started Bongo Java. In fact, he made his first latte just two days before his first cafe opened. To learn, he attended the Specialty Coffee Association annual conference a year before the opening. Even though there with a host of seminars focused on how to brew the best cup and espresso machine maintenance, he found himself more interested in seminars about the social and economic aspects of coffee. So instead of coming away educated about coffee, he came home with the previously mentioned commitment to support small-scale coffee farmers.

To further demonstrate Bob’s commitment to sustainability, the company composts, recycles, and has worked with numerous non-profit organizations to raise money by selling coffee (similar to Girl Scouts cookie sales, though fortunately year-round).  For example, Bongo created the 10 for Tenn coffee blend. A portion of the proceeds from the sale of this tasty blend benefits TennGreen Land Conservancy.

Bongo consistently makes doing the right thing easy. It’s collection of more than 40 single origin and unique blends do exactly what the company’s mission statement says: they expand the definition of quality. They taste great, they support small-scale farmers around the world, and they tread lightly on our planet.  Bongo is a 100% certified organic fair trade coffee roaster.  For those that would like a little assistance choosing, we recommend the company’s namesake Bongo Blend, the almost spiritual Mystic Brew or the medium-roasted Kaldi’s Dog (humorously named after the dog who discovered coffee). If single origins are your thing, then you’ll love the incredibly smooth Sidama, whole bean or ground Ethiopian coffee or Dark Peru’s surprisingly natural sweetness.

As good as the coffee is, you may enjoy just reading the text of the company’s website. You can tell it was written by an owner who feels as confident with a pen as he (now) does making a latte. It also reflects another one of our favorite Bongo Java core values: 98% pretension free.

After your first Bongo order, you’ll likely join the many who the company playfully “appreciates for their addiction”.  And to support that addiction, the company has a discounted organic coffee subscription service that lets you order just what you want – or just what the Head Roaster feels like sending. Order your next fair trade beans online, or ground as you like ‘em, here, and let us know if you’re as addicted as we are.

OneDey readers can get 10% off online purchases with the code: BongoDey

6 Steps to an Eco Friendly Cup of Coffee