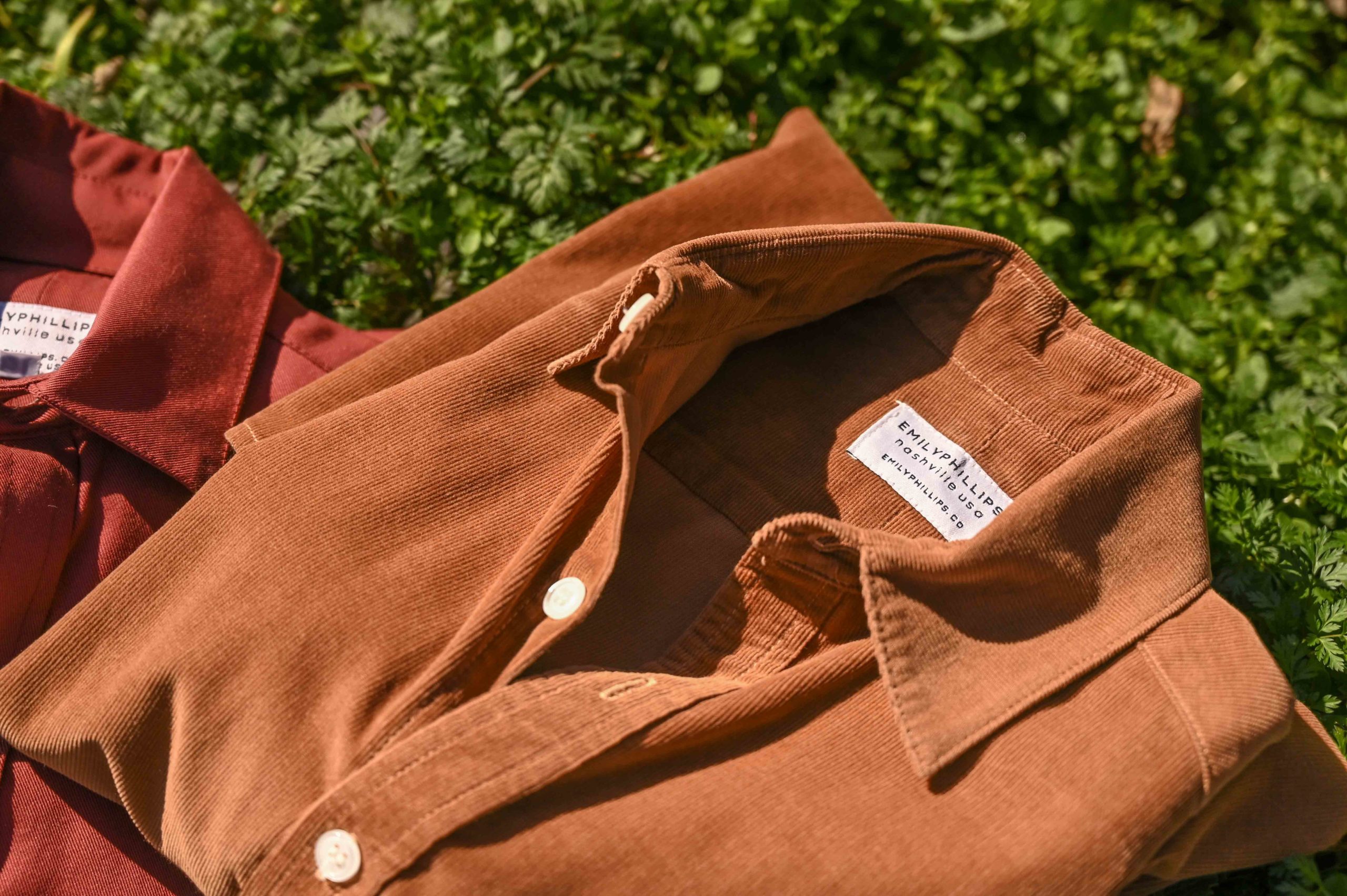 Organic cotton has been increasing in popularity, and hemp is starting to make fashion industry waves as well, but have you heard of Tencel fabric? Neither had we, until we reconnected with Emily Phillips.

Though Phillips began her fashion industry career at Seventeen Magazine, family life brought her to Nashville. Shortly after she began working for a custom men’s shirt manufacturer, she decided to make the giant leap to designing her own clothing line. Today, that clothing line consists of easy, work-to-drinks dresses and women’s shirts made from smart, sustainable fabrics.

What transitioned us from Emily Phillips wearers to Emily Phillips enthusiasts was the realization that many of her button down shirts and girlfriend dresses are made from hemp, linen, and a fabric we hadn’t yet heard of called “Tencel”. Perhaps you’re also wondering, “just what is Tencel fabric?”

What is Tencel fabric?

Though the true name of this fabric is lyocell, most people refer to it by the brand name “Tencel”, like how Kleenex has overtaken the name facial tissue. Tencel was invented in 1972. Like rayon, it’s made from wood pulp. But unlike rayon, it utilizes recycled, nontoxic chemicals to turn that wood pulp into fabric.

It’s most frequently made with eucalyptus, but sometimes made of wood from other trees. To make Tencel, wood pulp is spun and then pushed through small holes to make thread, which is then turned into fabric.

The sustainability of Tencel

Tencel is undeniably one of the most sustainable fabrics. Here’s why:

Though we may have sold you on Tencel’s environmental benefits, what about actually wearing it? 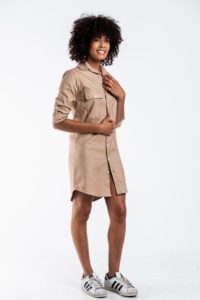 Because of the care Phillips takes in sourcing Tencel fabric, as well as the hemp, organic cotton, and all other fabrics Emily Phillips uses are OKEO-TEX certified, biodegradable and compostable. Though I don’t anticipate us or you adding Emily Phillips garments to the compost pile any time soon!

We originally fell for Emily Phillips because she was a local designer. But Emily keeps us coming back for her savvy innovations, upgrading our closets in ways we’d never imagined. Whether a linen beach dress or Tencel button down shirt, Emily creates sustainable fashion that’s many steps ahead, yet timeless enough to last years.