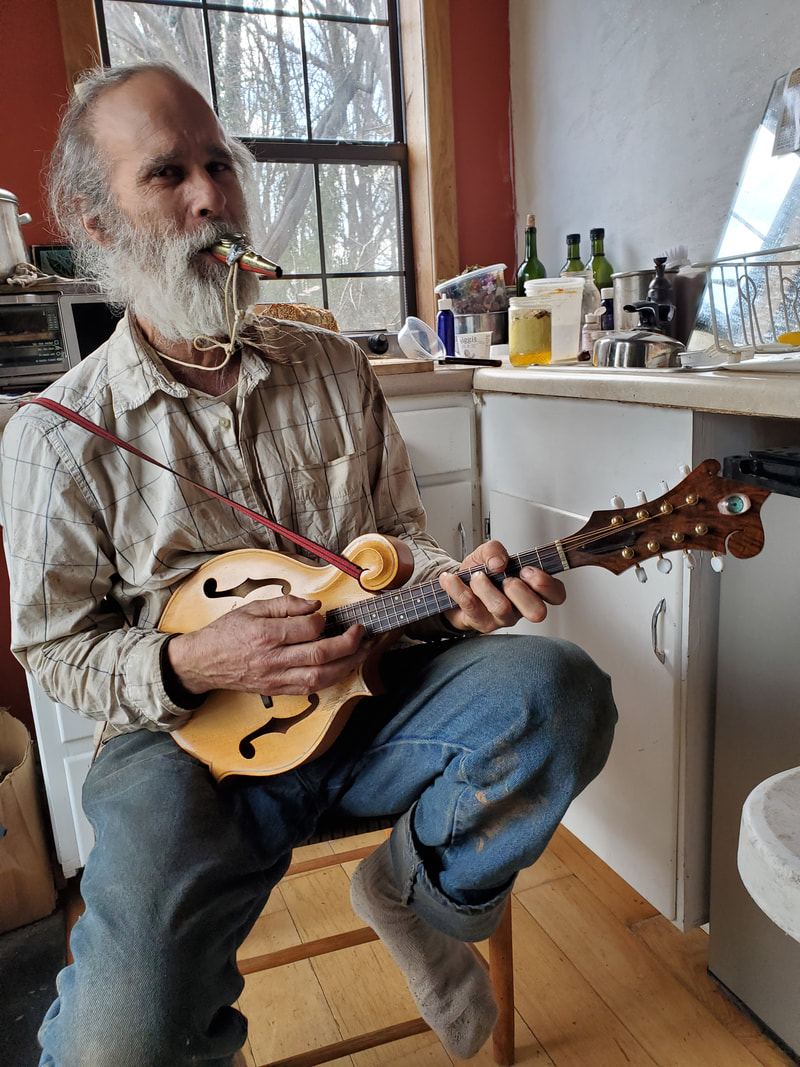 by Abby Artemisia of The Wander School

It was nuttin’ but a pleasure and honor to interview Bill Whipple, who referred to himself as a “disruptive hybridizer” while we talked. He was one of the intiators of the Acornucopia Project, of which he said in this episode their dream is to “foster small independent, autonomous nutteries in the region that can support one another.” Bill was a street performer in the past. This, along with his love of nuts as a way to inspire community relationship, shined through in our impactful and entertaining conversation.

Here Bill sat, cutting x’s into chestnuts from West Virginia for us to snack on while we talked in his hand built tiny home, surrounded by the literal fruits and nuts of his labor. I felt right at home! We drank his signature beverage, “trea”, tea from tree leaves grown on his farm, (listen to the podcast to hear all about it) on his birthday. He wore a pink tie under what he called his “elf jacket”, a garment featuring a slice of bitternut walnut that he made into a button. 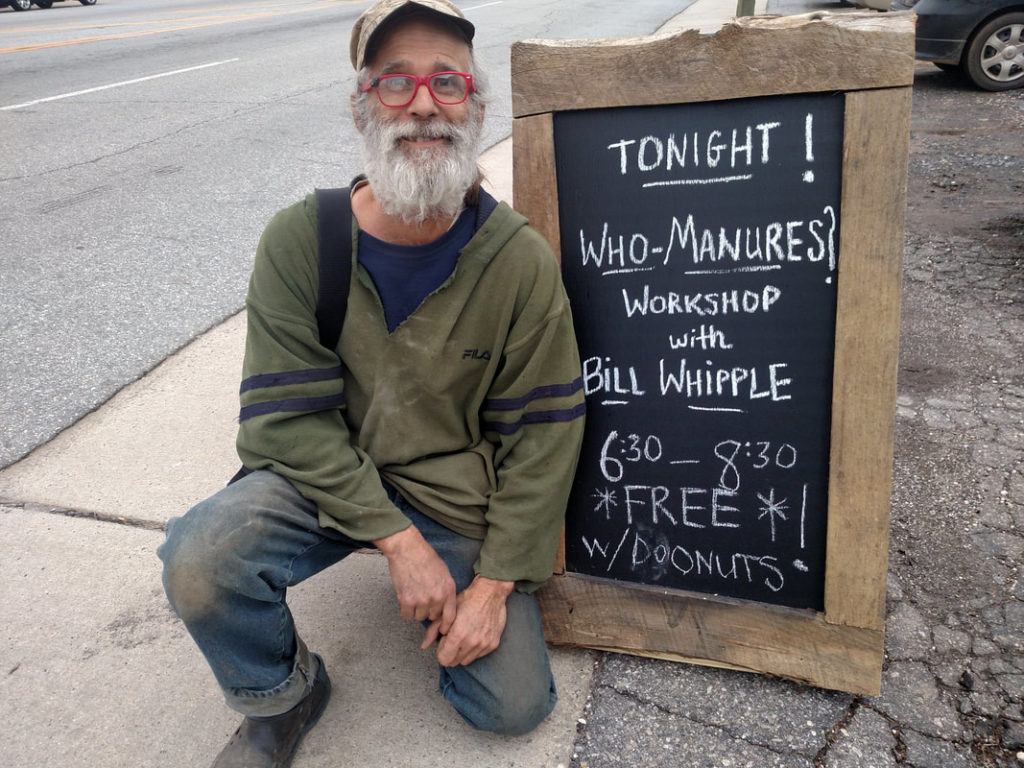 Bill, before his class, which was alternatively titled “Stool School”, at Villagers in Asheville, NC.

Bill talked about nuts as an alternative to commodity crops as the population grows, ironically leaving less land for growing food. He noted the myth of the necessity of corn, referring to Scientific American’s article, “It’s time to rethink America’s corn system.” He told about his inspirations George Washington Carver (his favorite biography is by Rackham Holt) and Luther Burbank who said, “All it takes is one plant to make an industry,” seemingly referring to the abundance of possibility that lies in native nuts. 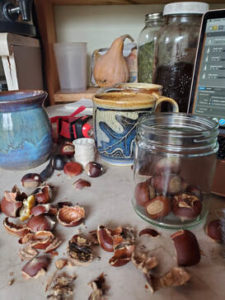 We discussed the nutrition in nuts, the generosity and chaos of nut trees in the way they spread their seeds (of course a wonderful analogy to human relationships).

We closed the show with my description of winter forageables, and the most entertaining part Bill performing his song “Ain’t Nuttin’ Perfect” on madolin, kazoo, and singing, too! I hope you love this episode. If so, please like, share, subscribe, comment, and support the production while getting bonus continuing education at Patreon.

A choco-nutty recipe from Bill…He notes: Acorns aren’t just for baking. They stovetop into amazing soothing and nourishing foods, like rues and puddings. Use it as a thickener to make a savory version of this called “forage porridge”.

ACORN FLOUR- 1 CUP  (I prefer red oak)
H2O – Start with 4 cups (hickory broth is best)
powdered chocolate – 8 tbs (roasted dandelion is more authentic)
sugar – 8 tbs (maple syrup would rock the boat here)
salt – 1/2 tbs
cinnamon – 1/4 tsp (spicebush would be the real deal but use less and work up, its potent!)
vanilla – 1/4 tsp (from native, temperate, vanilla trees of course! 😉 )
Coconut oil – 2 tbs (black walnut pulverized into a butter would leave the competition at the gates at any county fair contest)

Simmer cracked hickories and strain off meats from the top.
Blend with a little hickory broth. Add rest of strained broth and blend.
This is your base to slowly add acorn flour while humming:
“Stir, stir, stir the pot gently o’er the flame. if you won’t, or if you don’t, there’s no one else to blame”

Add everything else to taste. The more creamy yummy added, the better it will be. This will set up and jiggle just like real store-bought jello! 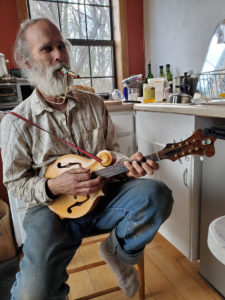 Bill Whipple considers himself a “disruptive hybridizer”. He has made it his life’s work to transform contradiction into compliment. Bill has been commercially growing biologically grown fruit on his West Virginia farm for 33 years. In 2000, he moved to Asheville and began to revive and develop edible orchards in public parks. In 2014 a band of these enthusiasts created the Nutty Buddy Collective who are growing select native nut genetics in what he calls “forchards” (forest/orchards). These orchards will become models for the perennial tree crop agriculture that will replace the travesty we call annual commodity agriculture. Tying this together is the Acornucopia Project which is a “nutwork” of visionaries who are developing processes, products, and infrastructure that will make nut crops accessible to a larger number people.

6 Steps to an Eco Friendly Cup of Coffee